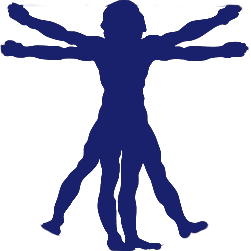 [vc_row][vc_column width=”1/1″][vc_gallery type=”flexslider_fade” interval=”5″ images=”4613,4616″ onclick=”link_no” custom_links_target=”_self” show_title=”false” show_caption=”false” img_size=”full”][/vc_column][/vc_row][vc_row][vc_column][vc_column_text]Important port of call in the Pacific, where all the mail-steamers, and those carrying travellers between North America, China, Japan, and the Oriental islands put in. It is situated in the bay of Yeddo, and at but a short distance from that second capital of the Japanese Empire, and the residence of the Tycoon, the civil Emperor, before the Mikado, the spiritual Emperor, absorbed his office in his own. The Carnatic anchored at the quay near the custom-house, in the midst of a crowd of ships bearing the flags of all nations. Passepartout went timidly ashore on this so curious territory of the Sons of the Sun. He had nothing better to do than, taking chance for his guide, to wander aimlessly through the streets of Yokohama. He found himself at first in a thoroughly European quarter, the houses having low fronts, and being adorned with verandas, beneath which he caught glimpses of neat peristyles.[/vc_column_text][spacer height=”51″ display_desktop=”true” display_tablet=”true” display_mobile=”true”][vc_column_text]

squares, docks, and warehouses, all the space between the “promontory of the Treaty” and the river. Here, as at Hong Kong and Calcutta, were mixed crowds of all races, Americans and English, Chinamen and Dutchmen, mostly merchants ready to buy or sell anything. The Frenchman felt himself as much alone among them as if